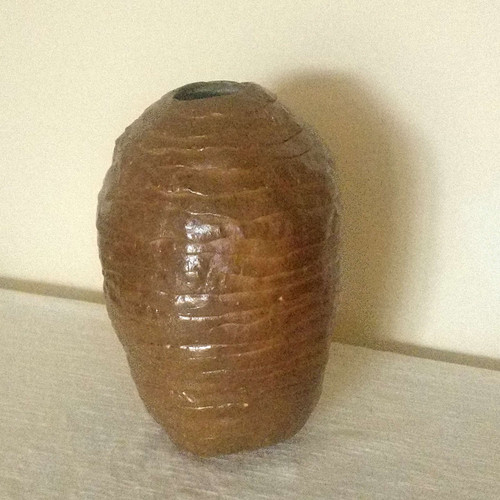 A hand built vase made with thin strips of clay, inspired by the traditional method of building wooden clinker boats from overlapping planks - though here I've used them in a loos, organic form rather than with the precision of boat building.

Careful use of slips gives subtle variations in colour on the vase, with a base colour of the bare clay. There is also a variation in the glossiness of the vase as you go round it, and the meeting of strips is also highlighted by the area under each plank join geneally being more matt than the surrounding pot.

The inside of the vase has been given a simple white gloss glaze, to ensure that it is fully waterproof.

Studio Health and Safety for Potters