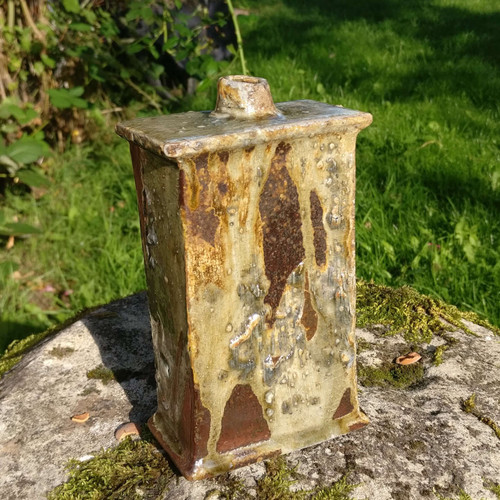 The bottle is slab built from stoneware clay, with a dark iron slip topped by a crazed wood ash glaze.In the firing, the glaze has slid down in places to give a contrast between glaze and slip, with a rich variation of colouring. Parts have also risen up to create barnacle like structures. The top received a high level of ash that has melted to develop a thick, high gloss glaze with white blooms on some of the edges contrasting the clear glaze. The base has been polished smooth to protect furniture.